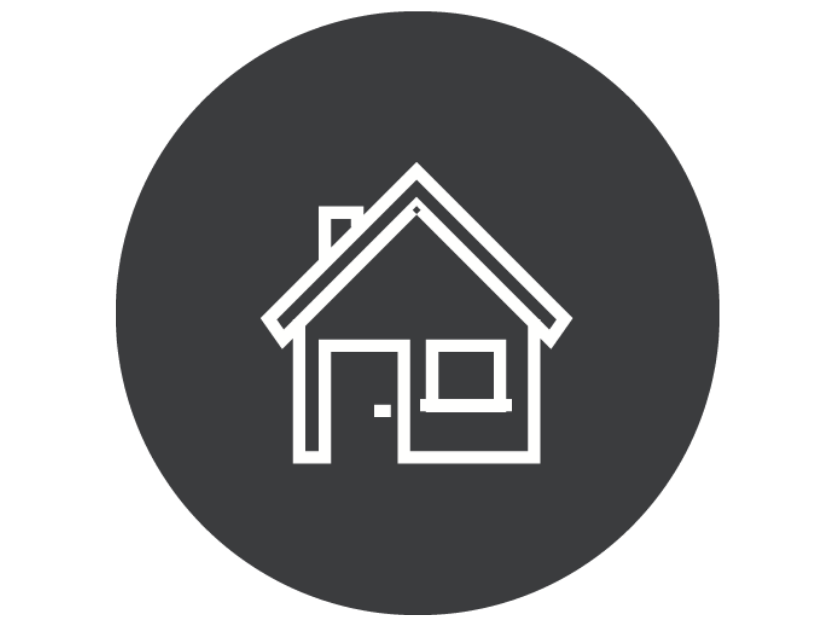 There’s a key reason why white people “are desperately uncomfortable talking about race and racism, or looking at the root causes of violence and injustice,” said Bill Tisdale with the Fair Housing Center of Greater Madison. It’s because “we don’t even live near one another.”

Segregation “isn’t inevitable—it was created, and continues to be created, in the present by systemic forms of discrimination, exclusion, and marginalization,” Tisdale noted in a recent article.

One reason why: another recent article gives hard data about African Americans’ difficulty getting home loans. “As recently as 2006, a city government report found that affluent, non-white Milwaukeeans were 2.7 times likelier to be denied home loans than white people with similar incomes.” The article went on to note that African Americans have been “inevitably constrained by a legacy of racism that prevented their ancestors from buying quality housing and then passing down wealth that might have allowed today’s generation to move into more stable communities.”

“When jobs are in a predominately white part of a segregated metropolitan area that lacks decent public transportation, poverty becomes racialized,” Sanders added. “People of color living in segregated neighborhoods, distant from job opportunities, have far higher rates of unemployment.”

And as a testament to the effects of racial segregation, Sanders pointed to the fact that in Dane and Milwaukee Counties, “low-income white households are scattered throughout the community. That’s not true for low-income people of color.

“More affluent people of color are nearly as likely to live in segregated areas as poor people are,” she further explained. “Clearly income is no shield against discrimination and racial segregation for people of color.

A CNN article stated that “an affluent African American household in Milwaukee is 24 times more likely than one of the same income level in Baltimore to live in an extreme poverty neighborhood. . . .  [In Milwaukee] Blacks and Hispanics outnumber whites and account for 57% of the city’s nearly 600,000 residents. By comparison, the surrounding suburban counties of Waukesha, Ozaukee, and Washington are less than 2% African American and less than 5% Hispanic. Even in Detroit, which is nearly as segregated, a third of the black population lives outside the metro area.”

Tisdale pointed out that there are proven ways to dismantle segregation. “It starts with enforcing fair housing and fair lending laws. It starts by demanding that our public officials enact meaningful policies that promote integrated, healthy neighborhoods.”

Even laws and policies that may have good intentions can have negative racial consequences. For example CSW group the ACLU of Wisconsin Foundation noted that recently the Madison Police Department [MPD] advised landlords in certain neighborhoods to screen their tenants for criminal histories. “Because of racial disparities in Wisconsin’s criminal justice system—African Americans comprise 6% of Wisconsin’s population but account for 24% of arrests—and because of  housing segregation patterns in Madison, MPD’s advice is likely to disproportionally affect people of color,” said Kristin Hansen with the ACLU. She noted that the ACLU is working to protect the rights of those looking for rental properties.

Housing Accommodations for People with Disabilities

“Another area where the law is complex and misunderstood relates to reasonable accommodations for people with disabilities,” said Sanders. “Those with a service dog have the right to ask for an accommodation to a no-pets rule, for instance. Or people with mobility issues can ask permission to install a ramp.”

Tending gardens at one of Common Wealth’s apartments

Diane Eddings noted that when Common Wealth builds new affordable apartments, like the ones at Yahara River View, they are accessible to those with disabilities. “There is such a need for accessible housing in Madison! When we developed this property, we purposely designed it to be as accessible as possible so that people of all abilities could live here safely and comfortably.

“We also have strong partnerships with care agencies to help our tenants live independently,” she added. “And what we hear from our tenants is that they do appreciate living in such an inclusive community.”

Housing Initiatives’ has been successful in their efforts to permanently house people with persistent mental illness. Dean Loumos said that in the 142 apartments that this group owns, many of the people living there are college graduates, had successful careers, and are veterans.

“They don’t need group homes, because with our assistance they can manage independently,” Loumos added. “We buy small neighborhood-centered properties and provide the needed support to keep people healthy, safe, and in their homes.”

Life Changes for John, Thanks to Housing Initiatives

Now a board member of Housing Initiatives, John Shivers is also a client. Shivers was homeless for most of six years before landing an apartment with this nonprofit.

“Perhaps more remarkable is its ridiculously high success rate at a fraction of the cost of alternatives. And beyond its efficiencies, the Housing Initiatives staff are among the kindest, most compassionate people I’ve known. To be part of something that works is truly amazing.

“We can’t attack homelessness in any one way; we need to fight it on all levels, and in various systems,” Shivers continued. “The homeless aren’t just those you see at bus stops or off the Capitol Square. They are also the people you work with, play softball with, or go to school with. Maybe your kids go to school with their kids.

“It’s surreal for me to go from homeless to, a few years later, membership on the board of this extraordinary organization. Housing Initiatives was there for me when I needed it. And as a result of my experiences, I’ve found my calling as an advocate for the homeless—which I now intend to do for the rest of my life.”

Community Shares’ nonprofits are leading the way to ensure fair treatment for all of those covered by fair housing laws. But more is needed if we’re to treat people equally, and to dismantle segregation, said Tisdale, “It starts with us. And it starts with you. I invite you to get involved.”

Learn more about any of the CSW member groups listed here to find out how you can help.

Up next: our final piece in the series, on evictions. 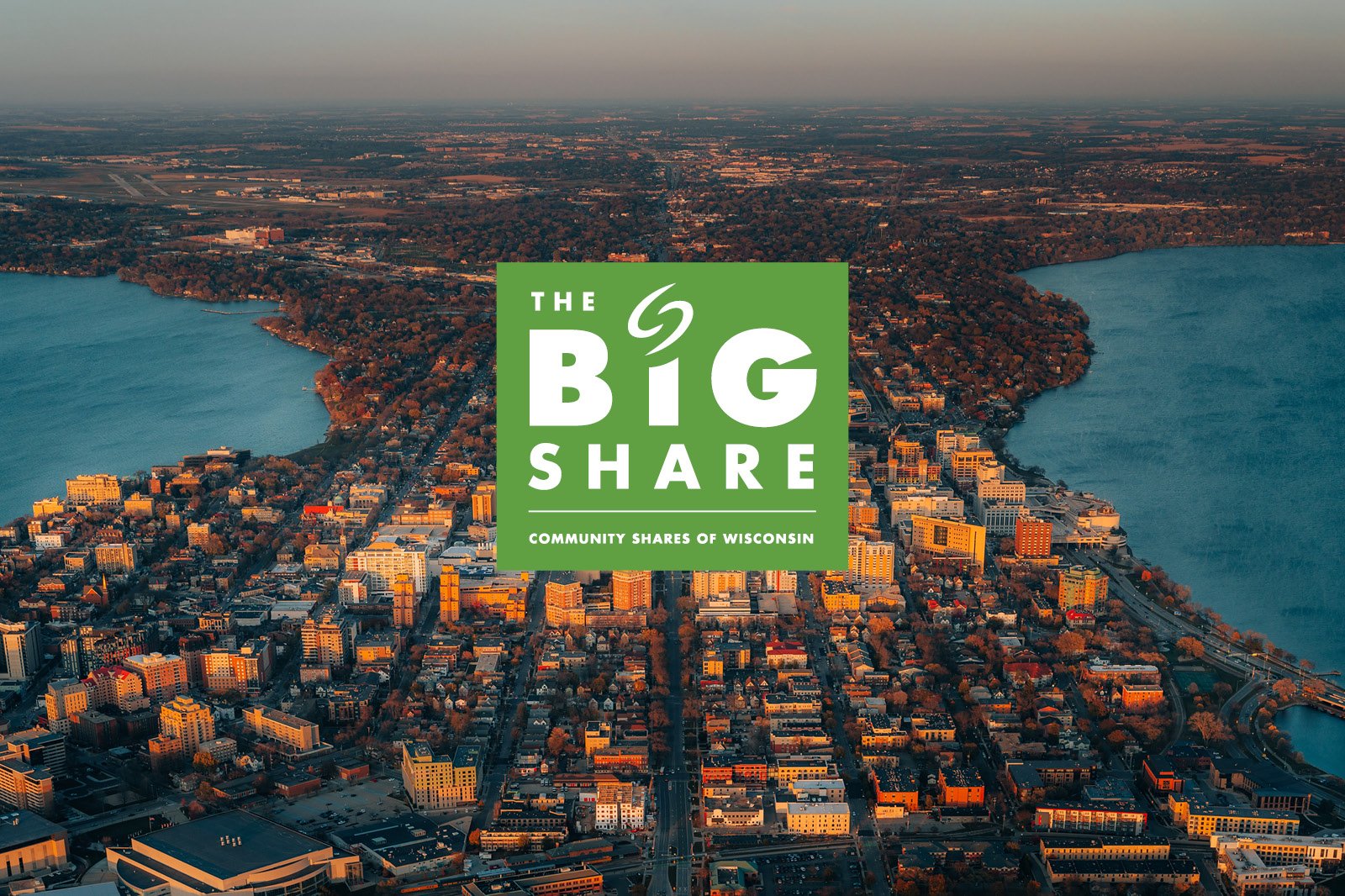