Community Shares of Wisconsin Marks Its 50th Anniversary in 2021

Through fundraising and capacity building, Community Shares of Wisconsin takes a grassroots approach to building the social justice movement where charitable giving isn’t just for the wealthy. By connecting with as many individual donors as possible, philanthropy can be democratized and everyone’s contributions can add up to make a big difference. One example is this year’s record-breaking The Big Share ® fundraising campaign which raised $724,659 from 5000 donors.

Originally established as the Madison Sustaining Fund in 1971, founders included anti-war activists and UW students who raised money for bail funds for protestors.

“In 1971, as Madison and the country grappled with the Vietnam war, racial injustice and socio-economic inequality, a group of young community activists had a vision,” said one of the founders, Candace Weber. “Representing seven community-based organizations, they wanted to create a self-supporting, consensus-based funding organization. They were committed to raising money and other resources to distribute to those member organizations. This was the start of Madison Sustaining Fund, now known as Community Shares of Wisconsin.”

To celebrate our golden anniversary, Community Shares will host a hybrid in-person and online event on September 23. We will spend the upcoming months highlighting special volunteers and supporters through 50th Anniversary Backyard Heroes recognition in collaboration with 105.5 Triple M and Madison 365.

“Community Shares of Wisconsin is reaching its 50th year at the same time as our country emerges from a pandemic and reckons with its violent, racist history,” said Cheri Dubiel, Executive Director. “We are at a crossroads and have the opportunity to position ourselves for a different kind of future – one that focuses on the well-being of all rather than a detached fixation on economic progress. We are committed to making sure that the next 50 years are centered on compassion and justice and believe that the collective efforts of individual donors can be an important tool to help to achieve that goal.” 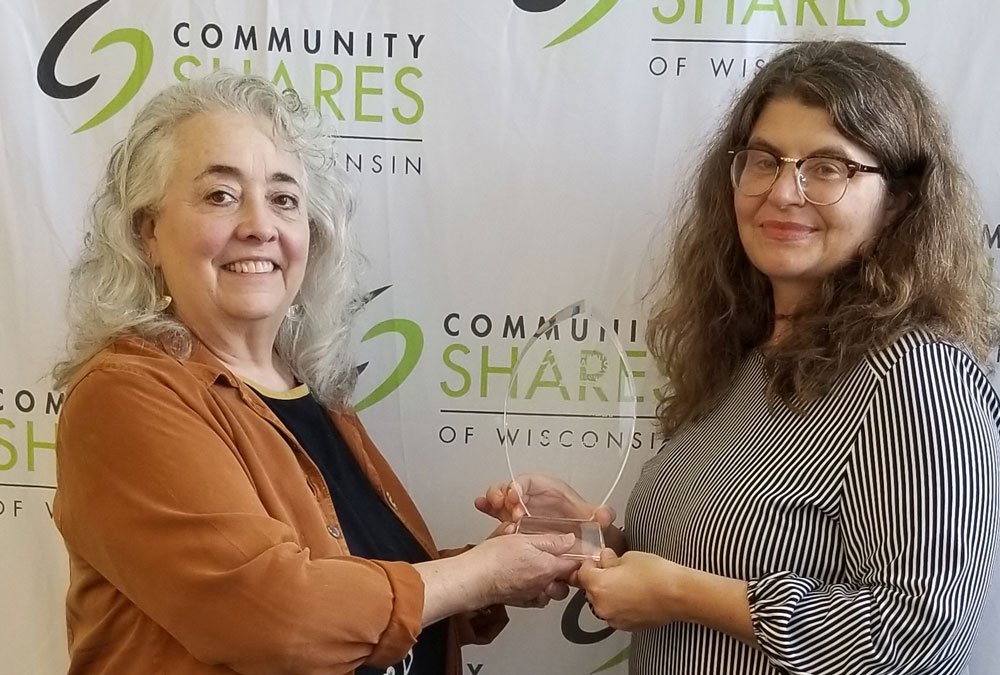 From the Ground Up: An Interview with Candace WeberRead more…