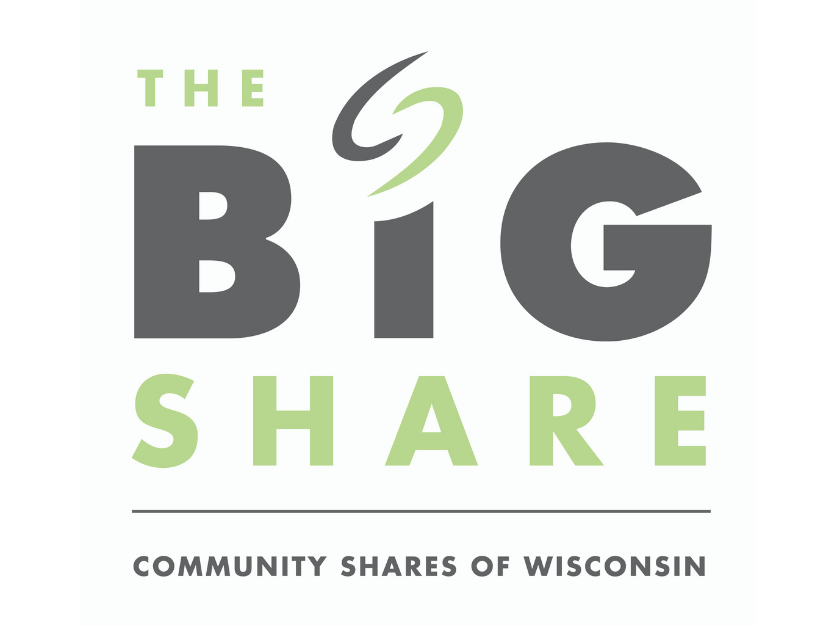 Community Shares of Wisconsin (CSW) is pleased to announced The 2017 Big Share™ raised a record-breaking $315,000 from 2,700 unique donors, who generously gave to support local social justice and environmental nonprofits in Wisconsin.

The Big Share, which took place on March 7, is an annual day of online giving to benefit nonprofit members of Community Shares of Wisconsin—groups that are on the forefront of the social and environmental justice movement in Wisconsin. Now in its third year, the 2017 Big Share broke its previous giving record by over 15%.

“This year’s Big Share truly demonstrated this community’s commitment to justice, equity, and sustainability,” said CSW Executive Director, Cheri Dubiel. “We’re blown away by the generosity of everyone who gave, and our Big Share sponsors, who helped to make this entire day possible.” 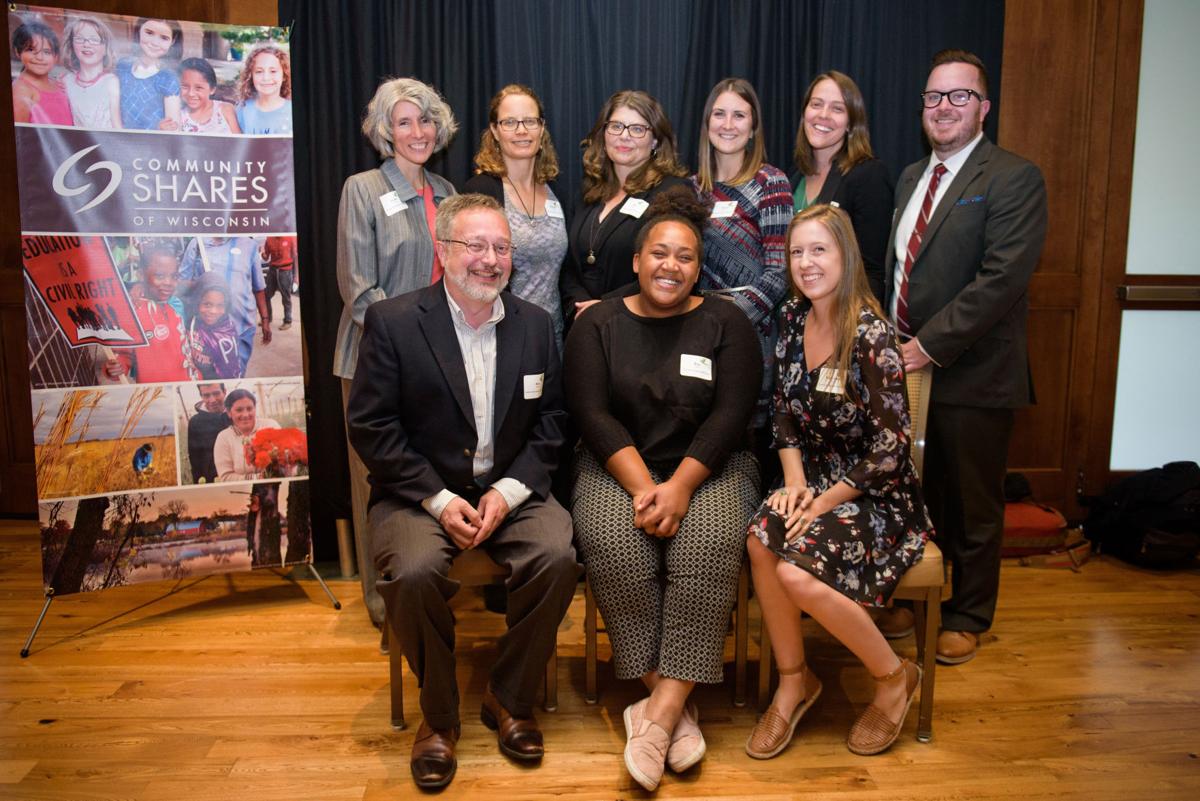 Those sponsors include Madison Community Foundation (MCF), which serves as Partnering Sponsor for The Big Share as it has since the event began. In addition to funds, MCF provides visibility and leadership to the event.

“Congratulations to Community Shares and all of the nonprofits that participated in The Big Share 2017,” said Bob Sorge, Madison Community Foundation President. “A great day of online giving, another goal surpassed, and a community brought together for good. Well done!”

A key reason for The Big Share’s success is the training provided to participating nonprofits and one-on-one support offered by CSW staff and interns in the areas of digital communication, marketing, and fundraising.  Big Share training support and the CSW internship program are made possible thanks to Madison Gas and Electric, which serves as Digital Communications Sponsor and also provided digital communication training to CSW members.

“Madison Gas and Electric is all about community energy, which we saw on full display during The Big Share,” said Charlie Warner, MG & E Residential Services Manager, who served as liaison to the Big Share partnership. “CSW members utilized their new skills to rally our community’s generosity. It’s safe to say they knocked it out of the park.”

One nonprofit that benefited from the training offered by CSW was the Bayview Foundation, which received a special prize for achieving the most growth on its Big Share campaign compared to 2016.  Bayview’s fundraising increased over 1,000% from 2016 to 2017.

“This is the first time that I’ve participated in the event, and it’s been incredibly exciting and eye-opening,” said Bayview Executive Director, Alexis London. “Not only has Bayview now raised $6,177 for our new playground, but we’ve learned so much in the process about online fundraising and marketing.”

Thanks to the support of additional community partners, CSW was also able to offer more prizes to its members, which increased donations and engagement. Groups winning grand prizes for raising the most funds, or having the most unique donors include Clean Wisconsin, GSAFE, and End Domestic Abuse Wisconsin.

Further support is offered by the Isthmus, 105.5 Triple M Radio, and WKOW 27 TV, who serve as media partners for the event. To find out more about The Big Share, visit www.thebigshare.org.

Update: As of Monday, March 13, The Big Share has now raised over $320,000 from nearly 2,800 donors. That’s an additional $5,000 that has come in since the end of The Big Share on March 8. Thank you to all of the donors who have been inspired to give after the event!

About Community Shares of Wisconsin

For over 45 years, Community Shares of Wisconsin’s members have advanced the causes of social justice and environmental protection in Wisconsin, and as the oldest social justice fund in the country, CSW fuels their efforts through fundraising, training, and collaboration. CSW raises money through workplace giving campaigns, the Community CHIP® program at Willy Street Co-op, the Round Up program at Capitol Centre Market, and The Big Share. Community Shares not only raises money for its groups, it actively helps expand their capacity through training, 1:1 support from experts, networking, and technical assistance. For more information, visit communityshares.com.

The mission of Madison Community Foundation (MCF) is to inspire giving, support meaningful initiatives, and connect people for the common good. Created in 1942, MCF helps people do their charitable giving their way, to causes they care about most. By starting an endowment fund or giving to an existing fund, donors become catalysts for good today and for generations to come. For more information, visit www.madisongives.org. 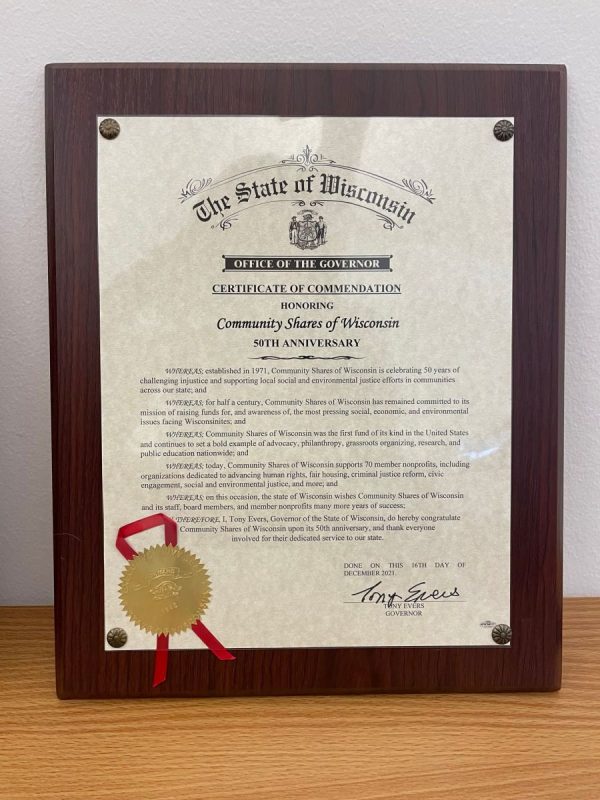 Commendation from the Office of Governor Tony EversRead more…